Start typing and press
Enter to search
Skip to content

Where were you when the world stopped turnin’- that September Day?

It’s that time of the year again when we remember the most tragic incident in US history. It seems insane to think that it happened 18 years ago. The kids who are now turning into adults were either infants, or not born yet. Every year I stay up till wee hours of the night watching documentaries I’ve watched every year, and still get the same sick feeling in my stomach. That somber feeling of denial and sorrow. Every time I watch the plane hit the tower, it feels like the first time. Thinking of all of those innocent passengers who knew they were living the last few minutes of their lives. The employees in the towers who watched a plane come straight towards them and had no time to save themselves. The first responders and bystanders that went in to help not knowing the towers were going to collapse. I can’t even begin to imagine what they were feeling those last few moments.

I was in 7th grade history class. My teacher turned on the TV and didn’t say a word. Like typical 12-13 year old’s, we took advantage of our extra time and talked. To be honest, at first, I thought it was smoke stacks. I was so naive. I had no clue what was going on. Then we switched classes; that’s when I realized something wasn’t right. My teacher was in tears. Another teacher was frantic because she couldn’t get a hold of her daughter who was in the military. And then, it happened. I watched the 2nd plane hit the south tower. I was 12. I couldn’t even comprehend how awful it was. I read about the world wars, the battles on US soil, but those were just history. This was real life in real time. All morning we watched as the people ran out of the buildings. We listened to the news report on what they knew.

We heard about the Pentagon.

We heard about the plane that went down in Pennsylvania.

Then, we watched the towers fall.

If I’m being honest, I still didn’t even realize the magnitude of the situation. I didn’t realize how many people were still trapped inside, or how far and fast the smoke would fly through the streets. I watched it happen and I still didn’t understand. I remember going home that night and my parents and I just sat on the couch and watched the TV. My mom cried and my dad was quiet. It was surreal.

In the days to come, our teachers kept the TVs on. We didn’t do much learning.

And then, slowly, life went back to normal.

The 1 year anniversary felt like a holiday. We had an assembly, the news played footage from that day, and the victims were remembered. It was beautiful. That doesn’t seem like the right word to use, but it’s the truth. The way our country came together to remember those who had lost their lives, it was truly beautiful.

It’s been 18 years. My kids will have records of this event printed in their history books. They will never know what it was like to live and witness the events from that day. I can tell them about it till I’m blue in the face and they will still never understand. And I pray to God that they never have to witness or be a victim to such tragedy. But truth is, they will. Some day they will witness the aftermath of some sort of terrorist attack. Whether its a foreign attack, or a mass shooting, they will some day stare at the TV and hear stories from bystanders about a horrific crime done to innocent people. It makes me sick. It makes me sad. But it’s just reality of this world. And as a mom, I will do my best to comfort them during such a confusing time.

As for today, I will sit and watch re-runs of all the footage from that day. I’ll get the lump in my throat, and I’ll stay up way too late. And I’ll remember the victims, their families and our country.

Where were you when the world stopped turnin’ that September day?

About The Meltdown Mama

Hi, All! My Name is Brittni and I am a full time SAHM to 4 super weird and weirdly cute kids! I’m also a part-time Hairstylist at a local salon in the evenings! I hope to bring lots of laughs, a few tears and all things in between. My goal is to make ALL women feel included and understood with my hilarious take on motherhood, being a wife, and all things female! 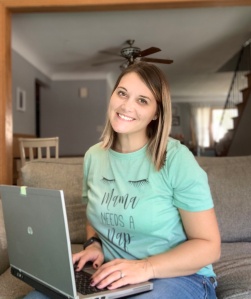